Latest from Syria EVERYTHING YOU NEED TO KNOW! Al Qaeda has arrived and are winning! 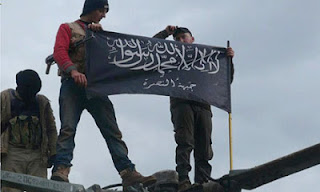 The voice of Islamist groups is growing louder in Syria as a number of Syrians in the battleground province of Aleppo are expressing increasing interest in establishing a government that leans toward a strict Islamic state. Syria analysts say the move is a shift in Syria, which has had a longstanding presence of the Islamist Muslim Brotherhood but whose people have largely shunned radical Islamic jihadism. The shift comes as radical groups from outside Syria have increasingly become part of the fight against the regime of Bashar Assad, whose military has lost ground recently in its attempt to beat down an uprising against his dictatorial rule. Foreign jihadists are in both fights. Their ultimate aim of creating an Islamic theocracy here is not new a new idea in Syria but they may be closer to their goal than ever before. Would you like to know more?


Read more »
Posted by The Green Badge Solution at 6:09 PM No comments: 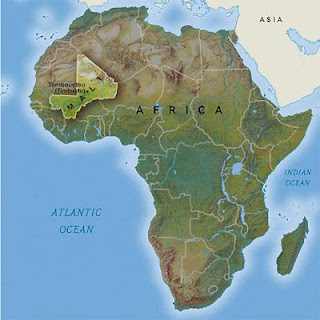 An interesting article mentioned that town in central Mali had fallen to Islamist insurgents from the north; hours after Foreign Minister Laurent Fabius said his country’s dramatic intervention there had succeeded in blocking a rebel advance that could have had “appalling consequences.” At the same time, an Islamist leader in Mali said France had “opened the gates of hell” for all its citizens by intervening, reinforcing concerns that the far-flung military operation in Africa could inspire vengeance in mainland France. Would you like to know more?

Read more »
Posted by The Green Badge Solution at 10:23 AM No comments: