Boko Haram: The Terrorists that are even too extreme for Al Qaeda!

Interesting Article: "Abduction of Girls an Act Not Even Al Qaeda Can Condone" by Adam Nossiter and David Kirkpatrick, Abuja, Published Wednesday, May 7th 2014. 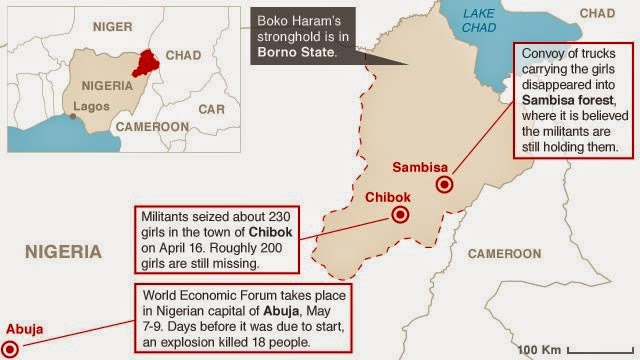 An interesting article mentioned that Boko Haram, the cultlike Nigerian group that carried out the kidnappings, was rejected long ago by mainstream Muslim scholars and Islamist parties around the world for its seemingly senseless cruelty and capricious violence against civilians. But this week its stunning abduction appeared too much even for fellow militants normally eager to condone terrorist acts against the West and its allies. The dismay of fellow jihadists at the innocent targets of Boko Haram’s violence is a reflection of the increasingly far-flung and ideologically disparate networks of Islamist militancy, which now include the remnants of Bin Laden’s puritanical camps, Algerian cigarette smugglers and a brutal Somalian offshoot. Would you like to know more?

Read more »
Posted by The Green Badge Solution at 8:48 AM No comments: