Interesting Article: "The biggest signs that Isis will be weakened in 2016" by Armin Rosen, Business Insider / 30 December 2015 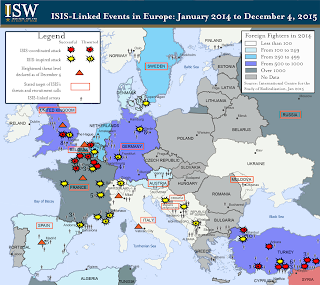 An interesting article mentioned that Isis might have proven its ability to wage complex attacks around the world in 2015. But in the heart of its "caliphate" in Iraq and Syria, the group suffered at least one important setback: losing a substantial portion of its oil-exports income, according to the Iraq Oil Report. Without the major source of revenue and foreign currency, the group might have a reduced ability to maintain the appearance of state-like services and functions inside the caliphate, potentially harming its ability to hold on to territory as global efforts against the group intensify. Here is a look ahead for ISIS in 2016.

Read more »
Posted by The Green Badge Solution at 11:47 PM No comments: