An interesting look at an al Qaeda-esque organization and its ties to a regional player.

October 06, 2011
Interesting Article: Iraq Militants Brag: We’ve Got Robotic Weapons, Too by NOAH SHACHTMAN / WIRED Magazine published October 4, 2011
A recent op-ed piece by Noah Shachtman spoke about a video released by an extremist group that highlighted that they have the ability to build crude versions of self driven cars that can fire from remote positions...essentially a robotic car. The group that produced the video is Ansar al-Islam, and they have a very interesting connection. 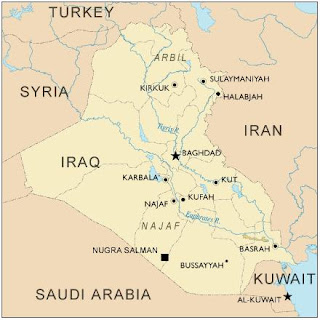 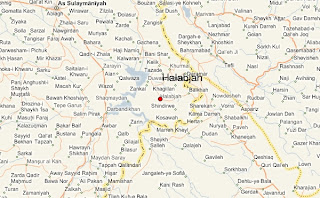 Ansar al-Islam (also went under the name Ansar al-Sunnah until 2007) is a Sunni Islamist group of Iraqis. They follow the Saudi form of Wahhabism (The terms “Wahhabi” and “Salafi” are often used interchangeably and are an ultra-conservative interpretation of Islam) with strict application of Sharia (code of conduct or religious law of Islam. Most Muslims believe sharia is derived from two primary sources of Islamic law: the precepts set forth in the Quran, and the example set by the Islamic prophet Muhammad). They are a known affiliate of al Qaeda after they made an allegiance to al-Qaeda and  allegedly received direct funds from the terror network. Ansar al-Islam was formed in September 2001, with veterans from Soviet-Afghan War, and a proportion being neither Kurd nor Arab. Mullah Krekar took charge of the group in 2001, and is currently living in Norway (after being arrested in September 2002), as the Norwegian authorities do not want to expel him to Iraq saying that he might be tortured by the Iraqi government. Ansar al-Islam are suspected to have about 300 men, and were in control of villagers in the northern provinces of Iraq near the Iranian border (see maps), and previously had established bases occupying Biyara to the northeast of Halabja (a Kurdish town in Northern Iraq, located about 150 miles (240 km) north-east of Baghdad and 8–10 miles from the Iranian border). U.S Special Activities Division (SAD) Paramilitary teams entered Iraq before the 2003 invasion of Iraq. SAD teams then combined with US Army Special Forces to capture the territory along the Iranian border that was controlled by Ansar al-Islam. It resulted in the uncovering of a chemical weapons facility at Sargat. Sargat was the only facility of its type discovered in Iraq. Ansar al-Islam hated Saddam Hussein (they considered him as apostate), and Saddam considered the groups presence a threat to his regime. While the leader of Ansar al-Islam, Mullah Krekar, has not been found guilty of anything, a number of his opinions have met little sympathy; he was once recorded claiming that Osama bin Laden is the "jewel in the crown of Islam", and that he was proud of what Abu Musab al-Zarqawi had done. On a side note On April 19, 2004, the Swedish Security Service arrested Ferman Abdulla; the owner of a falafel stand in Stockholm for raising money for what he claimed was poor children and Muslims. The money was then transferred through Abdulla's food stand out of Sweden, using the hawala transfer system, to Ansar al-Islam. In Abdulla's apartment the police found a letter from a man who claimed to have been in contact with Abu Musab al-Zarqawi, the leader of al-Qaeda in Iraq, as well as a detailed manual on how to use coded language. On December 7, 2006, the United States Department of the Treasury designated Mullah Krekar as one of five individuals providing financial support to terrorist organizations. In a statement he is accused of providing funds for Ansar al-Islam. The interesting connection that all of this has (which is the "surprise" factor in this entry) is that Ansar al-Islam operates in a region very close to Iran, and in no way, do they operate without the consent of the Iranians in that border region. Mullah Krekar was also purported to have lived in Iran for a time before fleeing to Norway. According to Bill Roggio and Thomas Joscelyn, Ansar al-Islam has longstanding ties to Iran. Kurdish officials routinely complain about Iran's support for the jihadists. Since they were first routed from their safe haven in northern Iraq by US forces in 2003, Ansar al-Islam leaders have operated inside Iran. According to the Jamestown Foundation "Various regional newspapers have reported on Iran's involvement with Ansar al-Islam, and some have leveled this accusation since 2004." The Treasury Department in July 2011 designated six members of al Qaeda network headquartered in Iran.

"The U.S. Department of the Treasury today announced the designation of six members of an al-Qa’ida network headed by Ezedin Abdel Aziz Khalil, a prominent Iran-based al-Qa’ida facilitator, operating under an agreement between al-Qa’ida and the Iranian government. Today’s action, taken pursuant to Executive Order (E.O.) 13224, demonstrates that Iran is a critical transit point for funding to support al-Qa’ida’s activities in Afghanistan and Pakistan. This network serves as the core pipeline through which al-Qa’ida moves money, facilitators and operatives from across the Middle East to South Asia, including to Atiyah Abd al-Rahman, a key al-Qa’ida leader based in Pakistan, also designated today."

What may come from Iran's covert assistance to al Qaeda-esque organizations is yet to be seen, but the Iranians should take a good look at what it means to destabilize the region in an effort to defeat U.S interests in the area.