An interesting article mentioned that the U.S. embassy in Islamabad says two American consulate personnel in Peshawar and two Pakistani staff members were killed Monday in what the embassy describes as “an apparent terrorist attack.” Would you like to know more? 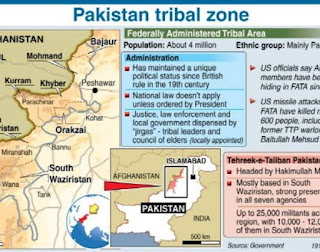 The bomber struck the vehicle after it left the U.S. consulate and while it was traveling through an area of Peshawar that hosts various international organizations, including the United Nations. Earlier, there were reports that apart from two locals, two US nationals were also killed in the blast, but the US Embassy in Islamabad later issued a denial. KP Information Minister Mian Iftikhar Hussain had said two American diplomats had also been killed in the blast. The blast was so powerful that the armored-plated vehicle of the diplomats was destroyed after it caught fire. Only the engine of the car of the suicide bomber could be found from the spot while rest of the parts of the two vehicles were blown into smithereens.

The spokesman said the bomb disposal unit estimated that 110 kg of high-quality explosives were used in the attack. One of those killed was identified as a junior official of a local government office, Barkat Ali. The second body could not be identified. Among the injured were an Assistant Sub-Inspector Pervez Khan and three police constables Farooq Khan, Farhan and Ikram, two women inside a nearby house, two schoolchildren and some passers-by.

Moments before the attack, a senior U.S. official tells CBS News, the driver of the U.S. consulate SUV became aware that a vehicle was racing toward them. Those few seconds of preparation allowed him to turn the van away from the approaching vehicle and thus avoid a head-on collision with the suicide bomber. That last-second evasive maneuver has been credited with preventing more fatalities.

A half-burnt copy of passport of an American national Capodicci Jr Vincent, of Connecticut, United States, was also recovered from the destroyed diplomatic car. The injured American diplomats were first shifted to the American Club located in the posh University Town locality. Top government officials, including ministers and senior police officers, went to the site of the attack amid rain to examine the crime scene. A local Urdu daily had published news on Sunday that militants had hurled fresh threats at the US Consulate General sited on the barricaded Hospital Road in Peshawar Cantonment. Subsequently, the security of the US diplomatic mission, already the most well protected place in Peshawar, was beefed up and measures put in place to upgrade security for the staff members. Three US security personnel working with the Frontier Corps were killed in a suicide bombing in Lower Dir district earlier. Their killing exposed the presence of US soldiers in Pakistan in the conflict area as the government until then had been claiming that there were no American security personnel operating in the country.

A high ranking police official told The Express Tribune requesting anonymity that the team of American experts would visit Peshawar to inspect the site of the attack soon. “We have already collected the head of the suicide bomber as well as the engine and chassis number of the car used in the suicide attack,” he said, adding that a team of the FBI could land in Islamabad any day.  “The attackers had done their homework and they had complete knowledge of the target, which is why the suicide bomber rammed his vehicle into the bulletproof land cruiser, despite the fact that there were two police vehicles ahead of them,” the official said. He added that it was a complete security lapse that an explosive laden vehicle reached the University Town area despite heavy security arrangements and a number of check points. Later in the day, the FBI team formally launched the probe after being briefed on the incident for two hours by Capital City Police Officer Imtiaz Altaf.

A U.S. official tells CBS News that initial reports suggest the attackers were members of the Pakistan-based Haqqani terror network. The official ads, however, that the investigation is ongoing and Pakistan's Taliban movement may also have been behind the attack. The Haqqani network is known to have links to both the Taliban and al Qaeda's leadership. Insurgents have carried out scores of bombings in Peshawar in recent years, but attacks against American targets have been relatively rare because of extensive security measures by the U.S. government — ones that diplomats sometimes complain limit their effectiveness and ability to move around.

In the past, a car bomb and grenade attack against the U.S. Consulate in Peshawar in April 2010 killed four Pakistanis, including three security personnel and a civilian. In August 2008, the top U.S. diplomat at the consulate survived a gun attack on her armored vehicle. Three months later, gunmen shot and killed an American in Peshawar as he was traveling to work for a U.S.-funded aid program.
The attack comes amid reports that the Pakistani military is planning a controversial offensive against militants in North Waziristan. And although no one has claimed responsibility for the attack, this is the kind of blowback that has driven some Pakistani leaders to resist any offensive there in the past.

This suicide bombing is the latest in a string of terrorist attacks, which have increased in Pakistan, since the announcement last month by the US Defense Secretary Leon Panetta about [Pakistan’s commitment to] a possible North Waziristan operation,” says Brig. Mahmood Shah, a retired military official in Peshawar. Pakistan, is interested in tamping down the Tehrik-e-Taliban Pakistan (TTP), the North Waziristan-based group responsible for attacks within Pakistan. Just last week, terrorists struck a local market in Peshawar, killing at least 11 people. And earlier in August, nine TTP suicide bombers stormed a Pakistani military base in Kamra, some 30 miles northwest of Islamabad.

Though Secretary Panetta said that Pakistan’s main target would be the Pakistani Taliban, and not the Haqqani network, the Pakistani military and government have since denied plans for an operation in North Waziristan in an effort to appease political opposition and public fear that this will result in a new wave of terrorism. Some analysts believe an operation in North Waziristan would ease US drone attacks, which the US has stepped up as Pakistan has focused mostly on fighting the TTP and avoided the Haqqani network.

“The Taliban in Afghanistan have a history with the Haqqanis and they respect them. They may even want to form the government with them in [the] future because Haqqanis have considerable influence in many areas of Afghanistan still,” he says, adding that Pakistan hopes that by not attacking them it can have more influence on Afghan policy when the US withdraws from Afghanistan in 2014.
There were 79 recorded attacks of political violence against Americans worldwide last year, not counting military incidents and combat zones, according to the latest report from the Bureau of Diplomatic Security. Two of the attacks were in Pakistan and seven came in Afghanistan.

Renewed violence in the border and tribal areas has taken a particularly ugly turn this summer. Two children were recently beheaded in separate incidents: A boy, 12, was reportedly killed because his brother and uncle worked with the local police. The other child was a girl, 7, although a motive for her murder remains unknown. American drones have fired scores of missiles at the militants’ hideouts in Pakistan in recent years, and Washington has given the Pakistani military billions of dollars to fight the extremists.