A recent article in BBC News spoke about gunmen in Mali having abducted two French citizens from their hotel in the central town of Hombori. It is the first kidnapping of Westerners in Mali that has occurred. The BBC's Martin Vogl, in the Malian capital Bamako, says military vehicles and security personnel have been sent to Hombori to try to stop the hostage takers crossing the Niger River in case they plan to go to the bases of al-Qaeda in the Islamic Maghreb (AQIM) in the far north of the country. Al-Qaeda linked fighters have in the past brought hostages into northern Mali from neighboring countries. So what is AQIM doing in Mali? 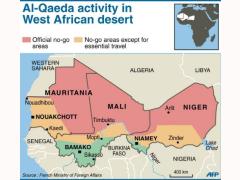