The Future Leader of Pakistan Taliban! 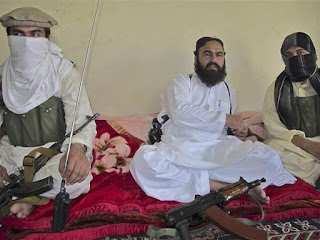 An interesting article mentioned that Hakimullah Mehsud, a ruthless commander who has led the Tehrik-i-Taliban Pakistan (TTP) for the last three years, has lost operational control of the movement and the trust of his fighters, said a senior Pakistan army official based in the South Waziristan tribal region, the group’s stronghold. The organization’s more moderate deputy leader, Wali-ur-Rehman, 40, is poised to succeed Mehsud, whose extreme violence has alienated enough of his fighters to significantly weaken him, the military sources told Reuters. The TTP, known as the Pakistani Taliban, was set up as an umbrella group of militants in 2007. Would you like to know more?

Mehsud, believed to be in his mid-30s, took over the Pakistani 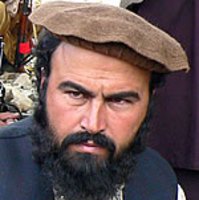 Taliban in August 2009. He rose to prominence in 2010 when US prosecutors charged him with involvement in an attack that killed seven CIA employees at a US base in Afghanistan. His profile was raised further when he appeared in a farewell video with the Jordanian suicide bomber who killed the employees. US officials said that while Rehman was Mehsud’s natural successor, they cautioned about expecting an imminent transition. Mehsud’s standing in the Pakistani Taliban might have weakened, but he still had followers, they said. Washington has offered a reward of $5 million for information leading to the capture of either Mehsud or Rehman.

Hakimullah Mehsud, a ruthless commander who has led the Tehreek-e-Taliban Pakistan (TTP) for the last three years, has lost operational control of the movement and the trust of his fighters, said a senior Pakistan army official based in the South Waziristan tribal region, the group's stronghold.

The TTP, known as the Pakistan Taliban, was set up as an umbrella group of militants in 2007.

Its main aim is to topple the U.S.-backed government in Pakistan and impose its austere brand of Islam across the country of 185 million people, although it has also carried out attacks in neighboring Afghanistan.

So who is Wali-ur-Rehman? (see picture above)

Wali-ur-Rehman's family hails from the Mal Khel branch of the Mehsud tribe in South Waziristan. In 1996, he finished studies at the Jamia Islamia Imdadia madrassa in Faisalabad and returned to South Waziristan to teach in a madrassa in Kani Guram. He was affiliated with the Jamiat Ulema-e-Islam (JUI-F) party prior to joining the Taliban in 2004. Following Baitullah Mehsud's death in a missile attack launched from a Predator drone, a shura convened to choose his successor to lead the Pakistani Taliban. Wali-ur-Rehman was considered a contender for leadership. On August 9, 2009, it was rumored that a heated exchange at the shura escalated to open gunfire, and Wali-ur-Rehman allegedly shot Hakimullah Mehsud, another leadership contender. Rehman called a Reuters reporter to deny that there was fighting or a shura. He and Hakimullah later telephoned the BBC to confirm the death of Baitullah Mehsud.

On September 1, 2010, the United States added him and Hakimullah Mehsud to its list of Specially Designated Global Terrorists and the TTP to its list of Foreign Terrorist Organizations. On August 26, 2011, an interview with him was aired on Al-Arabiya TV, in which he threatened to "wreak vengeance" on the U.S. and NATO (especially France and Britain) with "an attack greater than 9/11."

"Rehman is fast emerging as a consensus candidate to formally replace Hakimullah," said the army official, who declined to be identified because of the sensitivity of the matter. "Now we may see the brutal commander replaced by a more pragmatic one for whom reconciliation with the Pakistani government has become a priority."

One Pakistan military official, who has served in South Waziristan for more than two years, said his Pakistan Taliban contacts first alerted him to Mehsud's waning power six months ago, when constant pressure from the Pakistan military, U.S. drone strikes and poor health had hurt his ability to lead.

"Representing the moderate point of view, there is a probability that under Rehman, TTP will dial down its fight against the Pakistani state, unlike Hakimullah who believes in wanton destruction here," said the military official based in the South Waziristani capital of Wana.

The Pakistan Taliban, who are close to al Qaeda, remain resilient despite a series of military offensives. They took part in a number of high-profile operations, including an attack on army headquarters in 2009, assaults on military bases, and the attempted assassination of Pakistani schoolgirl Malala Yousufzai in October, who had campaigned for girls' education.One Pakistan military official, who has served in South Waziristan for more than two years, said his Pakistan Taliban contacts first alerted him to Mehsud's waning power six months ago, when constant pressure from the Pakistan military, U.S. drone strikes and poor health had hurt his ability to lead.

The official said this might lead to more attacks across the border in Afghanistan because Rehman has been pushing for the group's fighters to turn their guns on Western forces.

Other factions within the Pakistan Taliban such as the Nazir group in South Waziristan and the Hekmat Gul Bahadur faction in North Waziristan have struck peace deals with the Pakistani military while focusing attacks on Western and Afghan forces in Afghanistan.

A change in the Pakistan Taliban's focus would complicate Western efforts to stabilize Afghanistan before most NATO troops leave by the end of 2014, said Riaz Mohammad Khan, a Pakistani diplomat who has held several posts dealing with Afghanistan.

The United States is already fighting the Afghan Taliban and the Haqqani network, which is based along the unruly frontier between Afghanistan and Pakistan and which is perhaps Washington's deadliest foe in Afghanistan.

A local elder described Mehsud as "short-tempered and trigger-happy". "(Mehsud) used to work 24 hours a day, tirelessly. But he would also put a gun to anyone's head and kill them for his cause," said a local shopkeeper who has family members involved in the Pakistan Taliban. Mehsud gained his reputation fighting with the Afghan Taliban against U.S. and allied forces in Helmand province in Afghanistan. He was later given command of Taliban factions in the Bajaur, Orakzai, Khyber and Kurram regions.