An interesting article mentioned that Al-Qaeda in the Islamic Maghreb (AQIM) named a 34-year-old Algerian to replace slain commander Abdelhamid Abou Zeid. Yahia Abou El Hammam (real name Djamel Okacha) is a close associate of AQIM leader Abdelmalek Droukdel. Abou Zeid was considered a prominent element of the Salafist Group for Preaching and Combat (GSPC) that emanated from the Armed Islamic Group in Algeria (GIA). The group waged a fierce war against the Algerian regime in what was known as the bloody decade. He later found his way to the desert and established the Tariq ibn Ziyad battalion, known as the bloodiest in the history of al-Qaeda. Slain commander Abdelhamid Abou Zeid was known for his cruelty, bloodthirstiness and brutality. 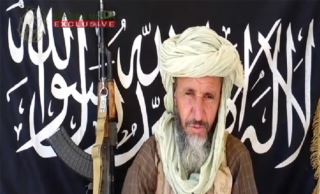 If confirmed, the new leader (Djamel Okacha/Oukacha (also known as Yahia Abu El Hamam)) will take charge of the al Qaeda affiliate’s operations in both southern Algeria and northern Mali, where it seized a vast swath of desert territory last year but has been expelled this year from all the towns it captured in a counteroffensive by a French-led African military force. French President Francois Hollande “confirms with certainty Abdelhamid Abou Zeid’s death during fighting led by the French army in the Ifoghas mountains in northern Mali in late February,” the Elysee Palace said in a statement.

The confirmed death of Abu Zeid, who raised millions of dollars from the kidnapping of Western hostages, deals a hard blow to AQIM and marks an important victory in the French-led campaign against al Qaeda in the Sahel — the vast borderland between the Sahara Desert and sub-Saharan, tropical Africa, encompassing several nations in which radicals are on the rise.

Reuters news agency, citing an anonymous security source, reported that Okacha joined AQIM in 2004 and is believed to have participated in the 2009 killing of American aid worker Christopher Leggett. The appointment of Yahia Abou El Hammam as al-Qaeda newest field commander is stirring discussion in Mauritania.

"He was appointed as AQIM's new leader for the area extending from Ghardaia in central southern Algeria to the region of Azawad in northern Mali, but he has yet to be confirmed in post at a meeting of the AQIM leadership," Mohamed Mokeddem, the head of Algeria's Ennahar TV, said.

El Hammam (real name Djamel Oukacha) is a close associate of Abdelmalek Droukdel, noted Jidou Ould Sidi, a journalist specializing in security matters. Both men belong to the "Algiers Group" of high-ranking terrorists born in the region of the Algerian capital, he added. Ould Sidi also noted Oukacha's active role in the war waged by the Armed Islamic Group (GIA) against the Algerian government in the 1990s.
"Oukacha travelled to northern Mali in 2004. He was also reportedly a member of the commando that attacked a military barracks in Mauritania in 2005. He is also believed to have been involved in the 2009 murder of US national Christopher Leggett, who was working for an NGO in Mauritania," he said. Abou Zeid's 34-year-old successor rose up AQIM's ranks very quickly, Ould Sidi said. "He has not achieved the same prominence as the other leaders of the organization and lacks the stature of somebody like Mokhtar Belmokhtar.

"This is a convinced jihadist who does not change his position for money," Le Figaro quoted Geneva Centre for Terrorism Analysis head Jean-Paul Rouiller as saying. Oukacha also spent 18 months in an Algeria jail in the mid-1990s, and was active in northern Algeria, in the Kabylian region of Tizi Ouzou after leaving the Armed Islamic Group for the Salafist Group for Preaching and Combat (GSPC). "Oukacha's appointment comes at a difficult time for AQIM, which is watching its own back because of the French and African intervention in northern Mali," terrorism expert Sidati Ould Cheikh said.

"His priority would certainly be to try to reorganize his troops by scattering them. They are said to have suffered very significant losses of men and equipment. They will also have to find men of the caliber of Abou Zeid and Belmokhtar, who is also reported to be dead," he added.

The killing of an al-Qaida commander in Mali by French-led troops hurts the terrorist group and may shift the power balance among the region's extremists. Here is a look at leaders of al-Qaida in the Islamic Maghreb (AQIM) and other radical groups operating in northwest Africa, as portrayed in documents and by experts: 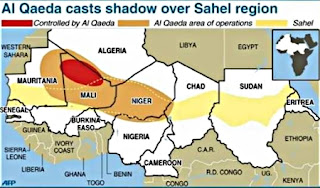 The No. 1 figure in AQIM, also known by the nom de guerre Abu Musab Abdul Wadud, is an Algerian in his early 40s thought to live around the Kabylie region east of Algiers. In 2004, he became top emir of the main Algerian insurgency movement at the time, the Salafist Group for Call and Combat, which he transformed into al-Qaida in the Islamic Maghreb, anointed in 2006 by al-Qaida central. A deadly year followed for Algeria, including the suicide bombing of U.N. offices and government buildings in Algiers that left dozens dead.

A feared Algerian warlord, he was killed in fighting with French-led forces last month, the French president's office announced Saturday. Thought to be 47, he became known for his involvement in high-profile hostage-taking, including a Briton and Frenchman who died in captivity.

Nicknamed The Blind One because he lost an eye in Afghanistan, Belmoktar is an Algerian operating in Mali and a rival of Abou Zeid. Belmoktar fought in the Algerian insurgency in the 1990s and was among the first to set up a base in Mali, and became known as a master trafficker and kidnapper. He recently left AQIM, then orchestrated the Jan. 16 attack and four-day siege on a gas facility in southern Algeria that ended with the deaths of 37 hostages and 29 terrorists from his Signers in Blood brigade. Chad claims its soldiers helping the French military in Mali killed Belmoktar, but this hasn't been independently verified.

The head of the armed Tuareg movement Ansar Dine, he is a Malian Tuareg from the northern Kidal region. Appointed by Mali as a diplomat in Saudi Arabia, he is a known negotiator for hostage releases.

A Mauritanian who broke with AQIM to form the MUJAO, the Movement for the Oneness of the Jihad in West Africa. MUJAO is another force targeted by the French-led military operation in Mali. He was based in the northern Mali city of Gao before the French intervention.

Despite the international military intervention in northern Mali, the terrorist threat has not gone away.

It behooves the countries in the region, and the international community as a whole, to take determined and concerted action as a matter of urgency.