"With the twin towers and the Pentagon still smoldering, our country on edge, and a stream of intelligence coming in about potential new attacks, my administration faced immediate challenges. We had to respond to the attack on our country. We had to wage an unprecedented war against an enemy unlike any we had fought before. We had to find the terrorists hiding in America and across the world before they were able to strike our country again. So in the early days and weeks after 9/11, I directed our government's senior national security officials to do everything in their power, within our laws, to prevent another attack." -President Bush 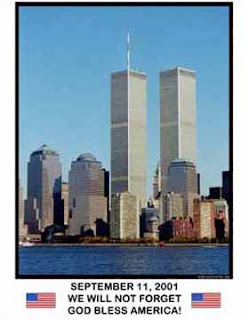 April 18, 2012
Interesting Article: " Australia to mostly end Afghan mission next year " by LA Times / Kabul published Tuesday, April 17th, 2012 An interesting article mentioned that as the U.S. and its allies refine plans to reduce their troop levels in Afghanistan and turn combat operations over to Afghans, Australia has announced that it will pull most of its forces out next year. Would you like to know more about what is going in Afghanistan?
Post a Comment
Read more

October 03, 2011
Interesting Article: Dreaded militant hit squad goes rogue in Pakistan by MICHAEL GEORGY / Islamabad published Monday October 3, 2011 A recent article by Reuter’s journalist mentioned that an elite militant hit squad known as the Khorasan unit was hunting down and killing anyone suspected of helping the U.S, Pakistan and other military allies. Who are they?
Post a Comment
Read more