The rebranding of Al Qaeda!

An interesting article discussed Al Qaeda in the Arabian Peninsula (AQAP) is rebranding itself to try to lose the negative "baggage" associated with the larger terror organization's identity. AQAP is increasingly going by the name "Ansar al Sharia," which means Army of Islamic Law. So why are they suddenly moving away from the al Qaeda name? 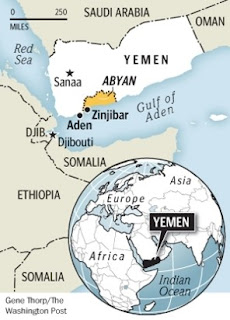